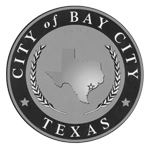 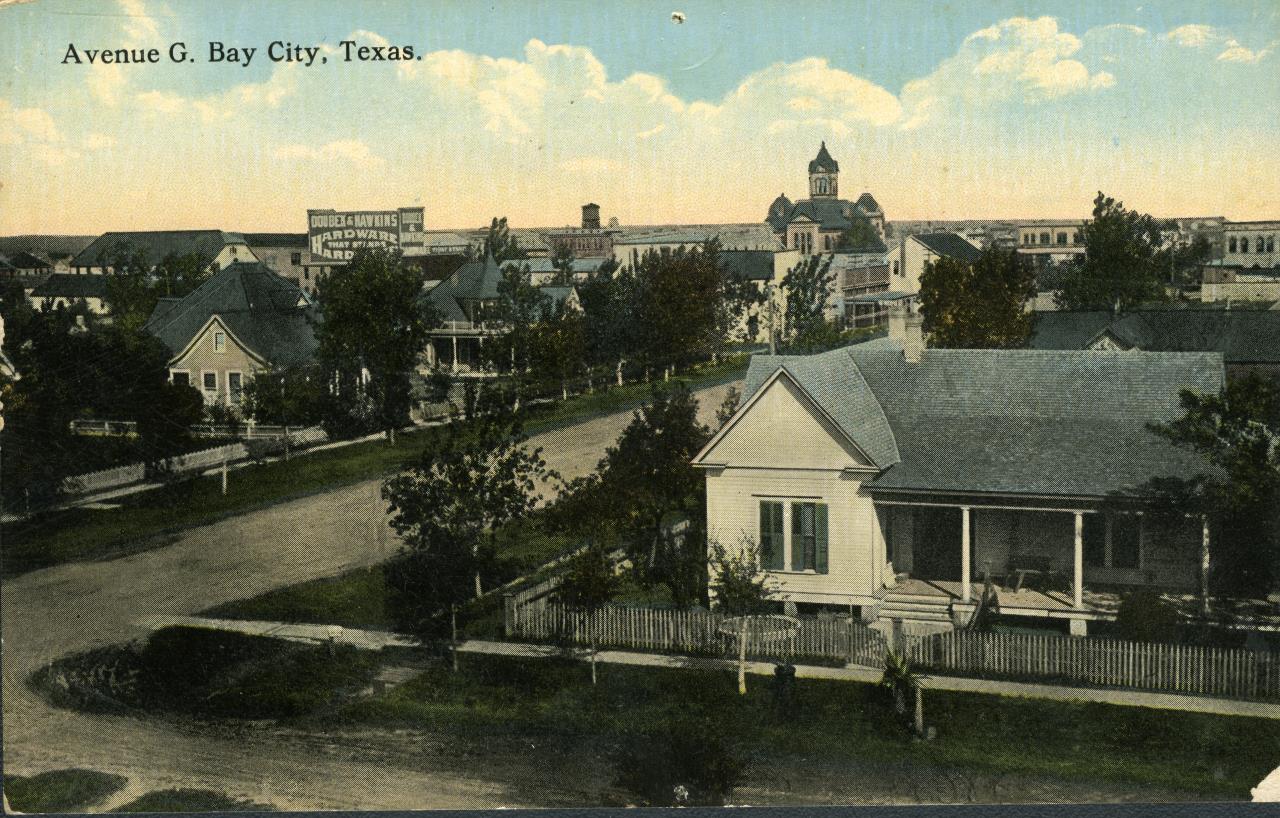 Bay City, the county seat of Matagorda County, is an incorporated city at the junction of State Highways 35 and 60, in the north central portion of the county seventy-eight miles southwest of Houston. The community is named for its location on Bay Prairie, between the richly productive bottomlands of the Colorado River and Caney Creek. It was established in 1894 when David Swickheimer, a Colorado mining millionaire and participant in a promotional organization called the Enterprise Land and Colonizing Company, formed the Bay City Town Company in partnership with G.M. Magill, N.M. Vogelsang, and Nicholas King. Planning that Bay City would one day supplant Matagorda as county seat, the men selected two cow pastures on Bay Prairie as the site for a new community. The company bought 320 acres from D.P. Moore and another 320 acres from the Mensing brothers of Galveston. One square mile was given to the townsite, on which the promoters laid out wide, regular streets. Elliott’s Ferry (see Elliott, Texas), two miles away, provided transportation across the Colorado River.

In August 1894, before a single building had been erected, Magill and Vogelsang released the first issue of the Bay City Breeze and began to promote the new community. Distributed countywide, the newspaper, coupled with the promoters’ promise to build a new courthouse if the county government were moved, succeeded in convincing county residents to support the new town. At the time, the population of the county totaled roughly 3,000 people, of which 75% were black. On September 18, 1894, Matagorda County voters elected to make Bay City the new county seat. A week later, when editor Vogelsang announced the victory in the Breeze, he also revealed that the town did not yet actually exist: As soon as it can be surveyed, lots will be put on the market, buildings will go up and Bay City will be a reality. Bay City was a tent city before construction began on its first buildings.

The Town Company office, which housed the printing presses of the Bay City Breeze, was among the first completed. A small frame house, formerly used as the grand jury room at Matagorda, was moved overland to Bay City to serve as a makeshift courthouse, as was D.P. Moore’s dry-goods store, which housed the post office. Education for black and white children began immediately. The town’s first telephone was installed in 1900, and the Wharton-Bay City Telephone Company was awarded a franchise in 1903. Bay City Rice Mills completed construction on its rice warehouse in 1901, and the next year it opened the town’s first mill. Other businesses at that time included four groceries, three implement stores, three saloons, and two each of butcher shops, barbershops, confectioneries, and drugstores, as well as several dry-goods stores and a bakery, a laundry, a blacksmith shop, a brickmaking plant, a broom factory, a cotton gin, and a lumberyard.

In 1901 the Cane Belt Railroad reached Bay City, the first of several lines to serve the town. By that time the Breeze had ceased publication and been replaced by the Matagorda County Tribune, edited by J.L. Ladd, and the Weekly Visitor, edited by W.E. Green. Methodist, Baptist, Christian, Episcopalian, and Presbyterian congregations held services in the community. An eight-room, two-story frame school building had opened, and residents had the services of one dentist, four physicians, six lawyers, and three teachers. In 1902 the city, with about 2,000 inhabitants, incorporated, but it failed to replace its plank roads with streets until some time later. Also in 1902 the New York, Texas and Mexican Railway came into Bay City. Oil was discovered in the county in 1904, and that year the St. Louis, Brownsville and Mexico Railway arrived. By 1914 Bay City, with 3,156 residents, was a thriving community at the center of the largest rice-producing area in the nation and was served by three railroads: the St. Louis, Brownsville and Mexico, the Galveston, Harrisburg and San Antonio, and the Gulf, Colorado and Santa Fe. In 1914 the town had four cotton gins, three banks, two rice mills, a brick and tile factory, a nursery, a creamery, an ice factory, a municipal waterworks, and a large cooling station for fruits and vegetables. By 1915 residents had built a library, and Bay City Business College offered the community’s first higher education.

The town grew slowly during World War I and reached a population of 3,454 by 1920. The population rose by roughly 600 between 1920 and 1930, and during that period the town reported a maximum of 165 businesses. In the 1930s Bay City had a canning plant, a bottling works, a hollow-tile factory, two rice mills, two gins, three hatcheries, and six dairies. LeTulle Park, named for local rice grower Victor L. LeTulle, was developed in 1934, despite the Great Depression. In the 1937-38 school year, the local school district employed thirty-eight teachers to instruct 1,146 white students through the eleventh grade, and ten teachers to instruct 377 black students through the tenth grade. Bay City continued to grow steadily, and its population reached 9,427 by 1940. A United Service Organizations building was constructed in 1941, and World War II increased the city’s building program. A new football stadium and high school were finished by 1949. The 1950s saw the completion of a new public library and a United States Army Reserve building. Between 1960 and 1970 an airport was built, and a barge canal was constructed to link Bay City to the Gulf Intracoastal Waterway. The man-made port of Bay City was completed, and an inflatable rubber dam, designed to impound water for rice irrigation, improved use of the river. In 1960 the population of Bay City was about 77% white, 10% Hispanic, and 23% black.

The town attracted new industry beginning in 1960, when the Celanese Chemical Company built a petrochemical plant that would become the city’s largest employer. The population of Bay City grew in the 1970s and early 1980s as Celanese, the South Texas Nuclear Project (later known as the South Texas Project), Occidental Chemical Company, and other employers entered the county. Between 1980 and 1990 the city’s population rose from 14,291 to 19,684, and the number of businesses increased from 335 to 391. During this time the city limits were expanded to include more than six square miles. In the early 1990s the town was served by the Union Pacific and the Atchison, Topeka and Santa Fe railways and was a shipping center for the county oil industry.